As a part of my application for a product design position at Sberbank, Aiga app was my take-home assignment. I had two days to draw up a solution that would allow its users to find out about the event schedule and to provide them will all necessary information regarding it.
© 2021
gavrishov.dima@gmail.com
LinkedIn
Dribbble
Facebook
NEXT PROJECT
CHALLENGE

DATA IMPUT
Besides the in-house projects, aic (a design studio where I was working at that time) was experimenting with lending designers. We were allocated to work exclusively with specific companies at their offices(an implant).

The team which I was supposed to join was Sberbank team. Today, Sberbank is the largest bank in Russia and a leading international financial institution. It is Russia’s most valuable brand and one of the world’s top 25 brands.
Sberbank website

In order to get a position there, one had to pass a product design assignment. I had to think of a way to help participants at an imaginary conference to get acquainted with the agenda and to make sure that the information would be accessible.
★ Few screens to be designed
★ 2 days to complete the task
★ Conferences could go more than 1 day
★ Conferences could have a main program, side workshops and special events (with a restricted access) all happening at the same time
★ Each activity, with more than one stream, could happen at the same time
gavrishov.dima@gmail.com
PROCESS
My process will be different from a project to another and will be influenced by many factors such as the project deadline, current stage, complexity, etc, nevertheless, I try to go through every stage of my interpretation of classic product development and try to validate my decisions as soon as possible.

Since I was limited in time for a proper design process, I decided to divide my time as follows:

DAY 1
COMPETITIVE
RESEARCH
I decided to go with a mobile app, as the phone is something super accessible and assumed that those few screens which I have to design will be part of a big app with lots of different events.

Since I was limited in time, I downloaded few similar apps to find out what is considered a standart, how do they group the information inside a specific event and what interesting pattenrs are are widely used in even app industry.

I managed to identify for myself several nuances that could greatly complicate my work, for which I would not have had enough time, so I decided to make a simple but well-thought-out application, a kind of MVP, by simplifying the structure and functionality:

★ I will only indicate the presence of other events in the application, but to deeply work out the information architecture of the schedule and work with activities within the activities of this one event
★ It was decided to make an application that the user will install after purchasing tickets and thereby simplify the monetary functionality
★ I understood that one of the most important aspects of such an application is the feedback system, but there were so many edge cases and I was afraid that I would not have time to work out well all of them and decided to leave it for later, in the hope that I would have time to return after. Looking ahead, I will say that I did not have enough time for this and consider this decision a mistake :)
﻿

INTERVIEWS
After I studied several applications on the market, I formed hypotheses that I wanted to test on real people. Since at that time I was working in a studio, there were many young guys around me who often attend various conferences, concerts and other events and I had the opportunity to quickly talk with 3 people for 15-20 minutes. Turned out to be a hybrid between a questionnaire and an in-depth interview. I was able to get valuable emotional responses in such a short period of time thanks to the fact that we were friends and I did not have to “earn” trust at the very beginning of the conversation.

Given the functional I decided to focus on, while talking with potential users, I tried to study their past experience and find confirmation, or disprove, the ideas compiled in the previous step. Within our 15 minutes, I asked the following questions:

★ How do you go to events now? Do you use mobile apps to learn about events? When was the last time? Tell me about your latest experience.
★ What do you like or dislike when using current solutions? Why was this a problem and what are the consequences? Why do you like this or that functionality? 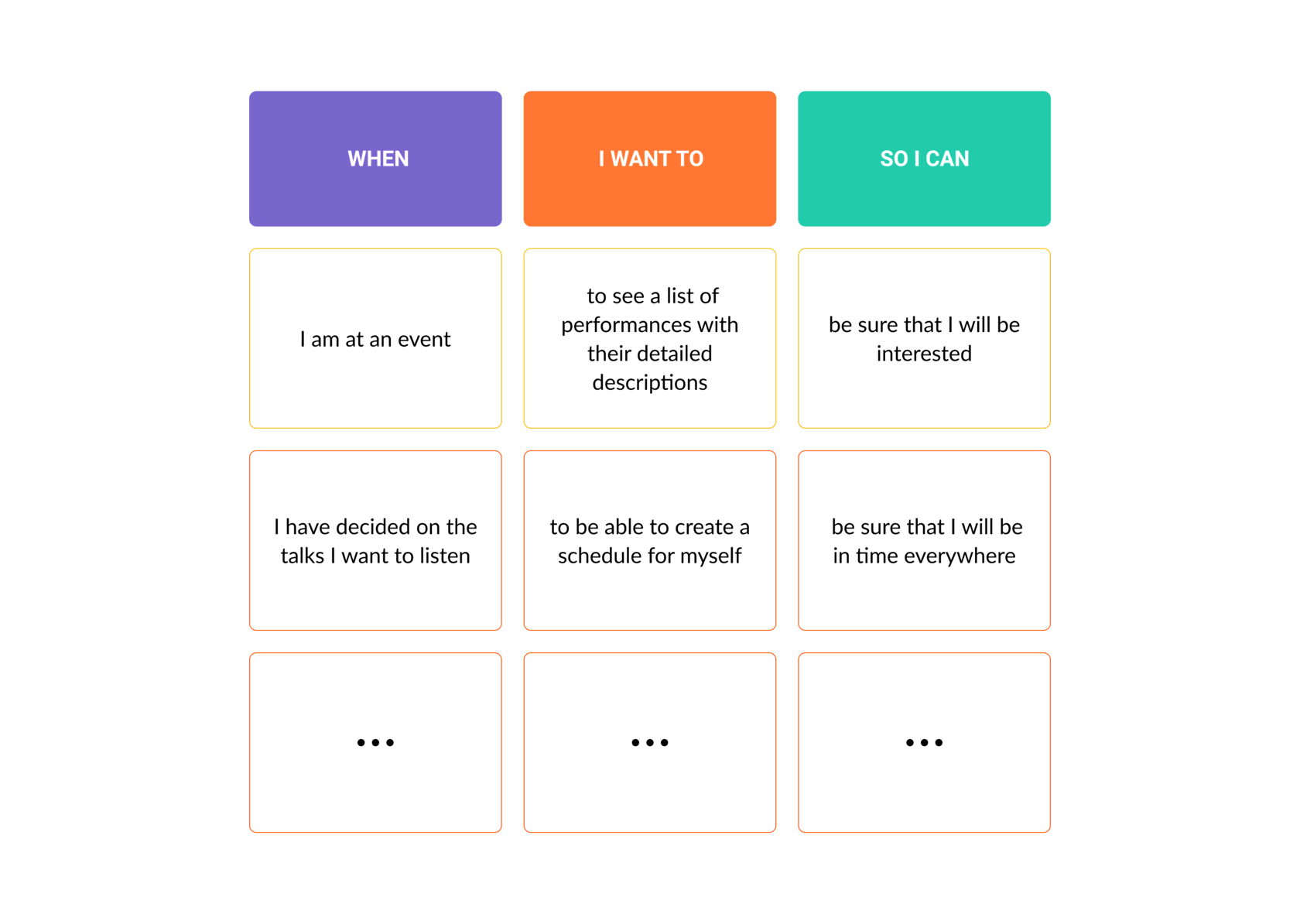 1. Dima bought a ticket for the event and received a link to download the application
2. He downloads and installs the application for himself
3. Log in and studies it a little. Leaves it for later

4. At the moment when the final schedule became known, he receives a push notification about it
5. Having entered the application, he goes to the detailed schedule of the event
6. Having found something that interests him, he goes into a detailed performance card
7. On the card, he reads a detailed description of the speech
8. Finding information interesting. he adds the event to favorites
9. Repeats step 5-8 as many times as necessary
10. Goes to the favorites tab and sees a detailed schedule of all selected performances. Warns if some performances overlap in time

11. On the day of the event, the application sends a notification about where and what time the selected performances will take place.
INFORMATION
ARCHITECTURE
Based on what I found on the internet, my personal thoughts and the results of my small interviews, I started to experiment with how to group information within one event. I think this part took a fair amount of time because of my attempts to find the best solution and in the end I came to this model. In case I had more time, I would provide an opportunity to group information for the users themselves by doing a card sorting exercise with them.
DAY 2 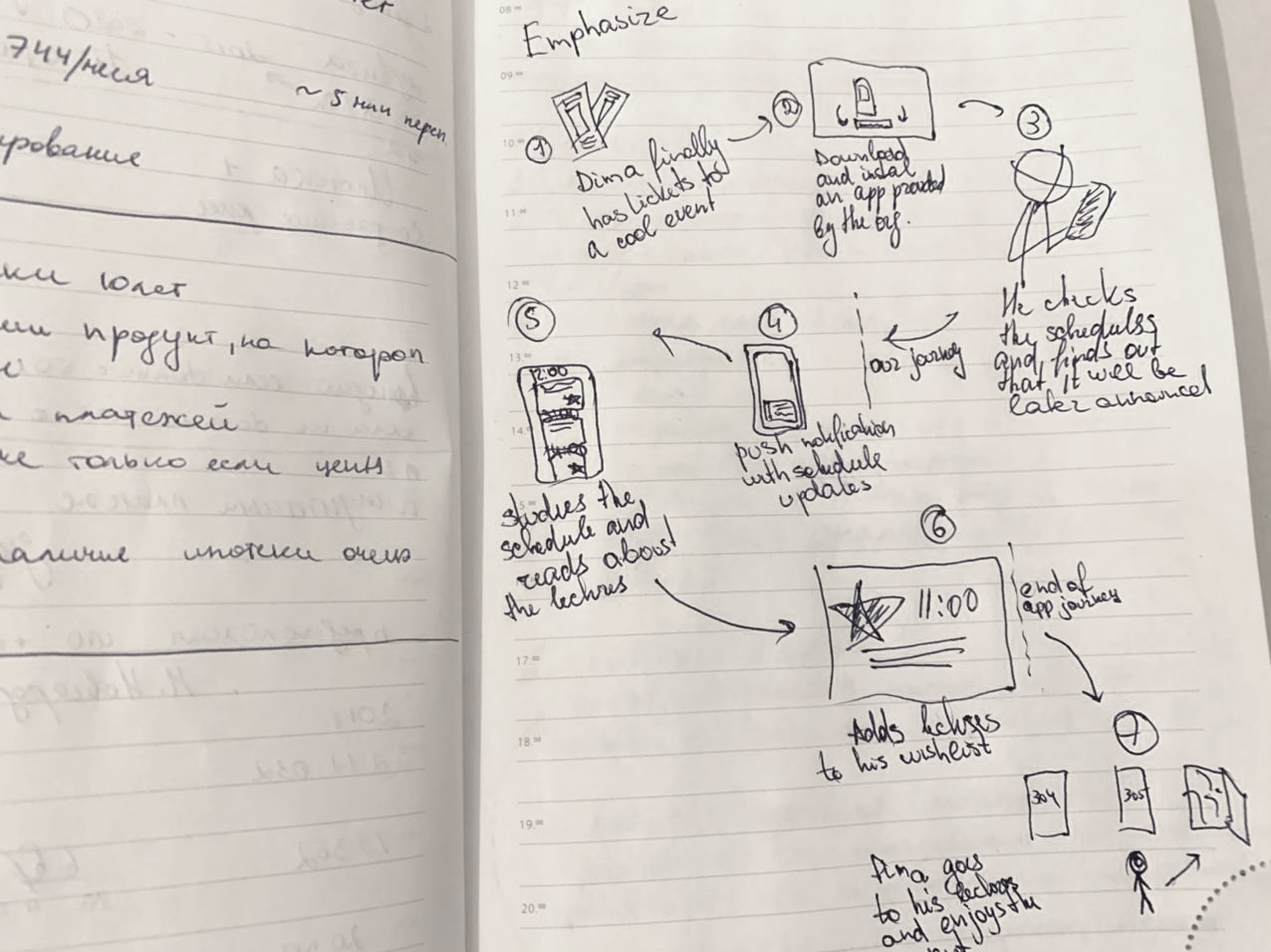 SKETCHES
After collecting all the information I needed, I spent the rest of the day sketching what the application interface might look like. I prefer to do it on paper. For me, it seems that imagination works best when I hold a pencil or pen.

EXECUTION &
EVALUATION
★ Wireframes
★ Usability test
★ Visual moodboard
★ Visual solution
WIREFRAMES
Based on sketches I started creating wireframes. I had a list of screens to cover my side of the scenario described earlier.
USABILITY
TESTING
When you have only 2 days, you can't talk about full-fledged usability testing, so I conducted only 1 test, on my design lead. I had made a clickable prototype in Sketch, handed him my phone and told him about the main scenario I was working on, asking him to study the available event and add at least 1 speech to his schedule. He successfully completed the task and we tried to find edge cases when the information architecture proposed by me could not be used. To my deep satisfaction, I was able to answer all questions and checks on his part. I received confirmation of my hypotheses and was able to move on to the last stage of work on the application.
VISUALS
Now it was the time to finish the test task and put together something visually pretty from those wireframes that I made earlier. At the stage of collecting information, I was able to find various visual examples that I saved to myself in the mood board which I used as a source of inspiration. I wanted to do something bright and juicy, as a small reward for the work done earlier. The result of my work can be seen below.

PRESENTATION
DAY
As soon as the design was ready, it was sent for review and I had to wait for a response. A couple of days later, they wrote to me that they wanted to conduct a face-to-face interview with me where I could present my solution.

On the appointed day, I arrived at the bank, had a presentation and also answered questions related to my work. I was asked questions about the reasons for using this or that functionality, grouping, design process, visual style, etc. All this lasted for about 2 hours. As a result, they thanked me and promised to give a final answer in the upcoming days. 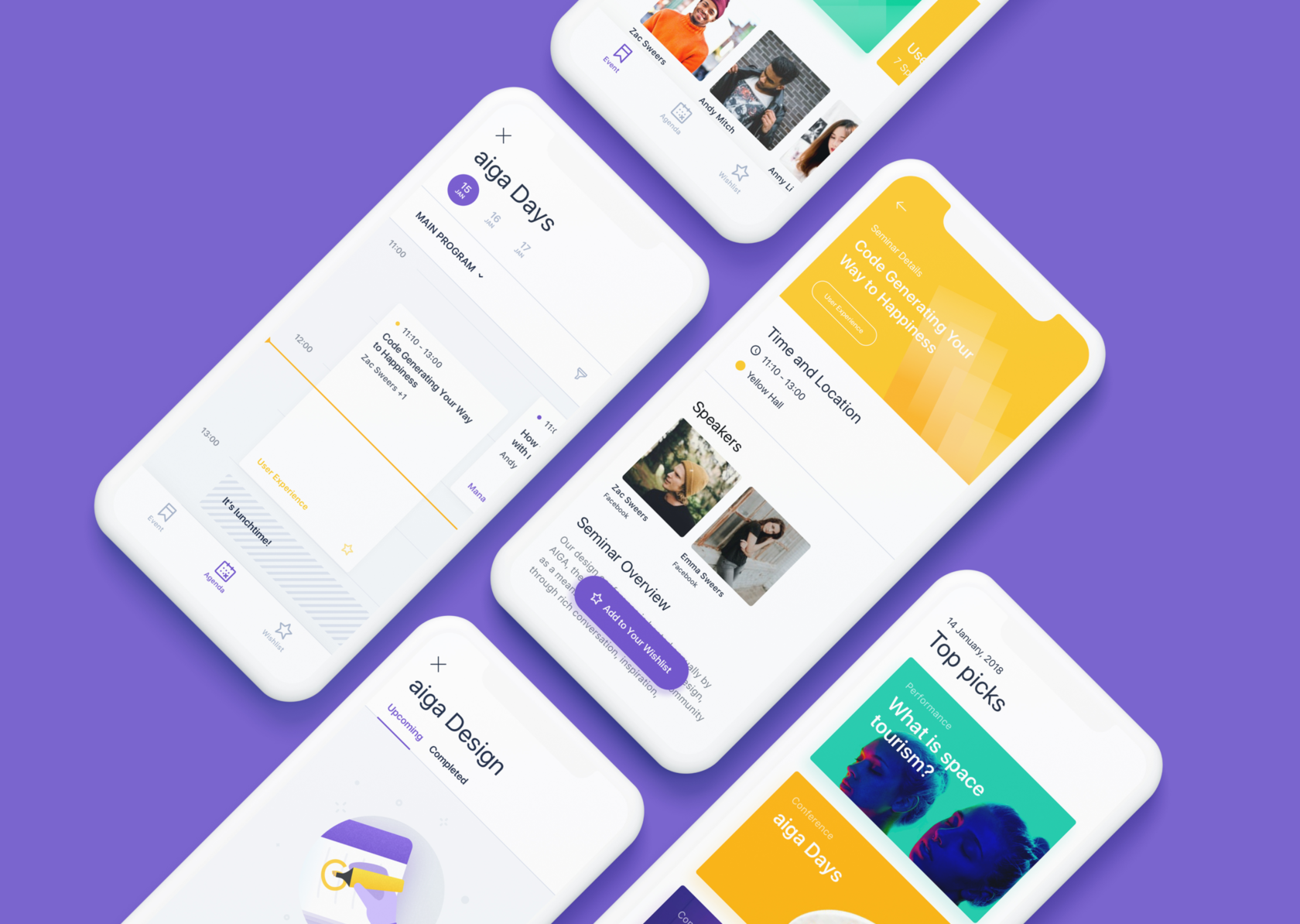 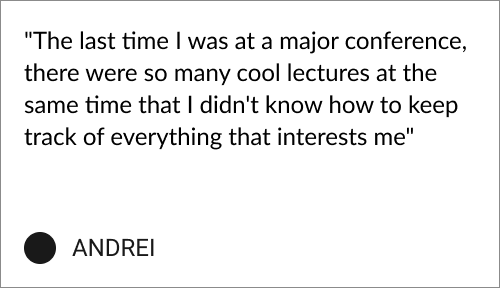 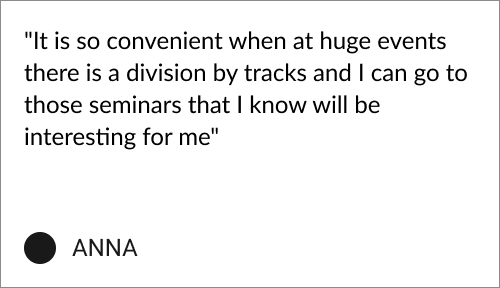 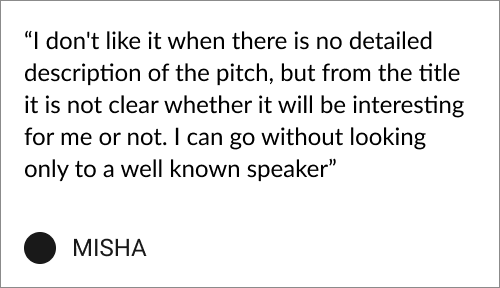 JTBD
I managed to formulate the results of the interview into several Job Stories that helped me better understand the context of use, motivation and wishes of end users.

RESULTS
A couple of days later I was informed that they liked the result of my work and they are waiting for me to join their team. As a result, in 2 days I managed to work out one segment of the user scenario well enough to get an offer from one of the largest product teams in Russia. You can read more about the result of my work in the SBERBANK case study.

Another nice bonus was the fact that all aic employees who were hired into the product teams received a new MacBook. This was the first year the mac came out in space gray color:) 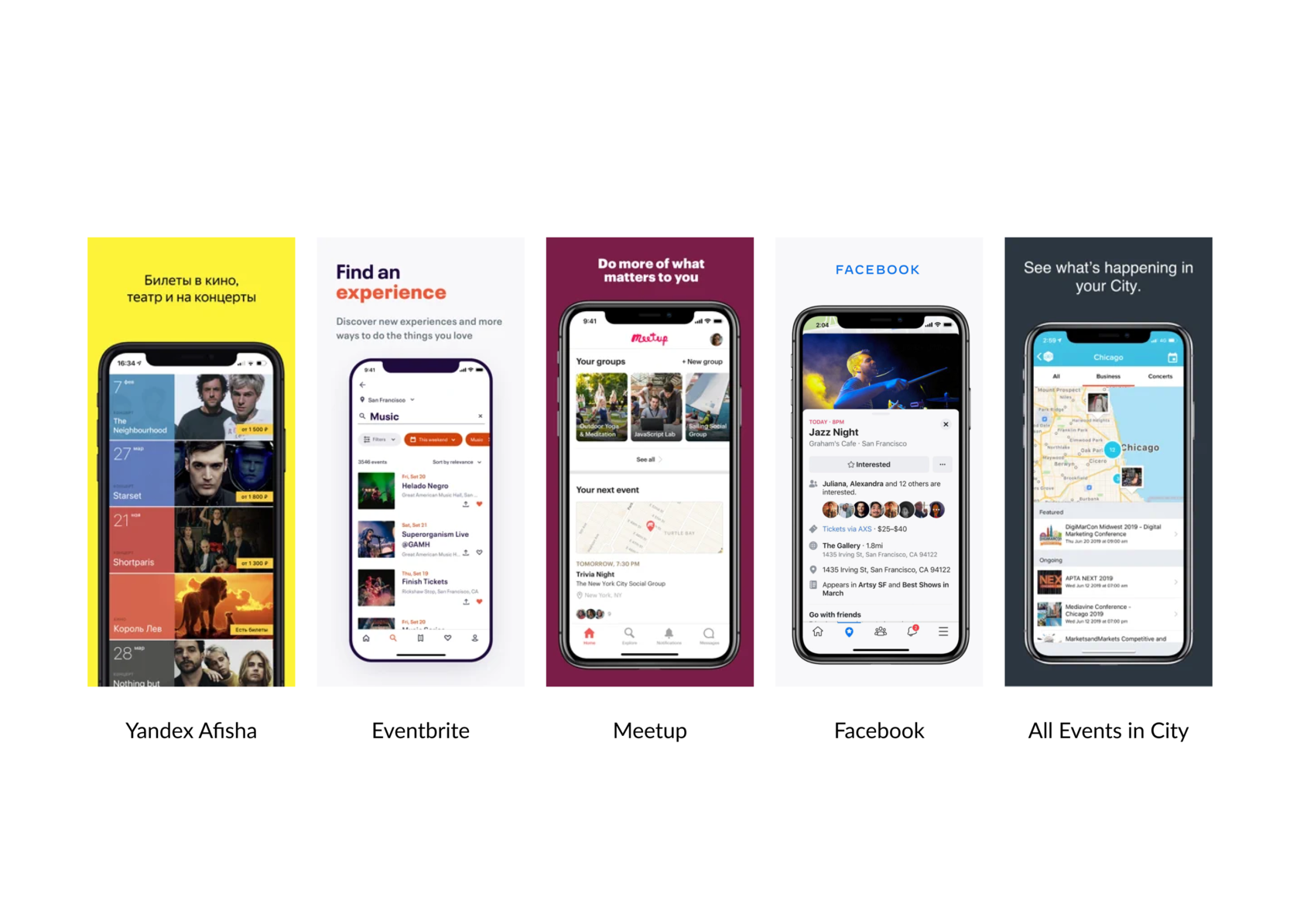